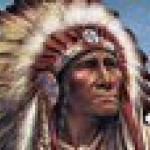 With the Covid-19 situation, the distance and transport issues affected many west-European industrial companies with facilities in Asia. Debates on the relocation of industries in Europe are topical and re-entering as a priority for western governments, including photovoltaic manufacturing.

In what state is the production of photovoltaic panels in Europe today? Is competing with China doable for European manufacturers? What business model should they adopt? Infinergia analyzed the major trends that are driving the European market and how manufacturers adapt their strategies to the Asian competition.

Describing the situation in Europe needs beforehand a short analysis of why European PV manufacturers, to this day, are struggling to compete with Chinese companies on big volumes.

According to Wenxue Li (president of LONGi Solar), the industry evolved from “PV 2.0” to “PV 3.0” over the last decade, meaning the market is no longer driven by labor costs differentiation but by technological differentiation. Thus, world-leading manufacturers started a technological race. Led by heavy investments in R&D, technical standards of the industry are evolving at a fast pace. In 2018, in terms of R&D spending, there were 8 Chinese manufacturers among the top 10[i].

Moreover, European-made modules are approximately 30% more expensive compared to Chinese ones [ii]. This is due in particular to the economies of scale Chinese manufacturers achieve with volumes. Some of them are now heading to production capacities near 20 GW: LONGi has recently claimed to have shipped 20 GW in 2020[iii] and Jinko forecasted between 18.5 and 19 GW[iv] for this year. In addition, China offers logistics advantages as the entire photovoltaic value chain and distribution networks are integrated into regional clusters. From the manufacture of pure silicon to the assembly of modules, all steps of PV manufacturing are located in limited areas.

Now, what is left for European PV manufacturers?

The first one is composed of the biggest European manufacturers, i.e. with annual production capacity above 100 MW. Most of them are Western European and around a half are German companies[v] (e.g. CS Wismar, Heckert Solar, Luxor Solar). We also find French (e.g. Recom Sillia, Voltec), Austrian (e.g. Kioto Solar), Spanish (e.g. Atersa), Swiss (e.g. Megasol) and Italian (e.g. Sunerg) actors in the list.

The players that produce “standard” crystalline silicon modules are therefore in direct competition with Chinese manufacturers. However, as outlined before, the cost price of their modules is superior to Chinese ones and they must catch up with technological evolutions emerging in China (more busbars, larger wafers, half-cells modules, etc.). How do they survive then?

In addition, Europe attempts to develop local actors by establishing regulations. For instance, in France, manufacturers for utility-scale[vii] installations have benefited from the high importance given to modules’ carbon footprint in public tenders. Nevertheless, this disguised protectionist measure has already been toned down (from 30% of the total score to 18%) and the French Government is considering to suppress it, as announced late October[viii]. At another level, the European Commission has been thinking about implementing an Ecodesign process for solar panels in 2019[ix] . A legislation proposal was expected to be introduced by March 2020 but is still awaited.

To offset the impact of Asian competition and increase their sustainability, European manufacturers have adopted several corporate strategies (which can be combined):

Nevertheless, competing directly with Chinese players on crystalline modules is a risky strategy, as evidenced by the difficult situation of Photowatt before its takeover by EDF[xi] in 2012, the liquidation of Aleo Solar in 2014, the troubles of Sillia that had to be taken over by Recom in 2017 or the bankruptcy of Solarworld in 2018. Then, how to be profitable and sustainable on “standard” crystalline modules production market? The proposal of a European 5 GW PV factory expects to bring an answer. Such project would require an investment of 2 billion euros to employ 7,500 workers and cover the manufacture of wafers, cells and modules in Europe. It is backed by 19 European companies and R&D centers from Germany, France and Poland. And this project is not alone: other Europeans (REC Solar, Akuo Energy with VMH, Voltec with Systovi, Meyer Burger, Ecosolifer) also aim to adopt a similar approach in the years to come. Question is now: is it relevant to start building such “small Gigafactories” today while China already has several players with production capacities nearing 20 GW?

On another hand, there is a second category of European manufacturers, composed by producers of specialty modules with an annual production capacity below 100 MW.

These players are usually small enterprises which have adopted a niche strategy in order to remain profitable. One of their main challenges is to adapt their production lines to highly variable technical demands. Some of them can be assimilated to craftsmanship: their production of highly specialized modules is limited in quantities and partially handmade.

This category gathers multiple types of modules. Here are some of the most common ones:

When we talk about bringing photovoltaic production back to Europe, it is essential to think about long-term sustainability in the face of strong global competition. This would avoid spending money that might not be worth it. Strategy is important in this area, and the Chinese players are certainly aware of this!

At Infinergia, we have developed extensive knowledge of photovoltaic value chain over Europe. By discussing with R&D, start-ups, SME and large corporations, we are to advise on proper strategies and link with industrial actors. We have recently studied over 100 providers of PV panels all over Europe, so don’t hesitate to contact us for a deeper discussion.