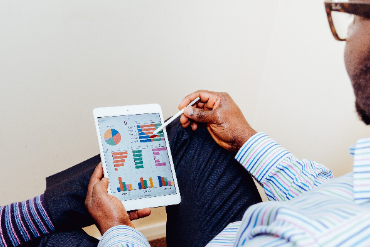 2018 was a big year for the hydrogen and fuel cell industry. Many partnerships announced, big investments made, very high targets set by the leading actors, etc. But what about the financials behind this promising trend? Unfortunately, the pledge for a hydrogen economy by several countries did not translate yet into a profitable business for fuel cell manufacturers. Here is why.

First, revenue is not rising as fast for all stakeholders. BLOOM ENERGY has started a fast scale-up phase in the past few years. Its SOFC1 technology for large scale2 electricity supply relies on natural gas, which has an established distribution network. So the business can grow quickly. FUELCELL ENERGY uses MCFC3 technology, which also runs on natural gas. However, the company is less successful and its revenue keeps decreasing since 2015. In order to restore growth, the company is now shifting from an equipment provider business model to an energy seller business model.

BALLARD and HYDROGENICS, two historical companies betting on PEMFC4 technology for mobility and small scale stationary applications, saw a slowdown in sales in 2018 even though many cooperation agreements were announced. Orders may increase in 2019, but according to Q1 and Q2 reports, there will be no strong scale-up this year. One reason behind this situation is the lack of infrastructure for hydrogen refueling (PEMFC cannot run on natural gas). On the other hand, PLUG POWER built a PEMFC commercial offer specialized in the material handling market segment that is taking off, particularly in 2018. They bet on a market where their customers purchase both the fuel cell vehicles and the refueling station in with a positive economic equation.

Second financial issue: revenues do not always translate into profits. So, analyzing operating margins5 gives a good insight into the profitability of a business (Fig. 2). This analysis shows that scaling up quickly has cost a lot to both PLUG POWER and BLOOM ENERGY. An operating margin of -100% means that earning 1€ cost 2€ to the company that year. It’s never good on the balance sheet. The only way out is to grow quickly enough to reach operational profitability in the following years. Their situation improved in 2018 and they are now closing the gap with BALLARD and HYDROGENICS. But these two companies are also struggling to become profitable. The last actor, FUELCELL ENERGY follows another trend: its situation is getting worse and worse. So making money out of fuel cell business is still hard!

Third, this situation means these companies will need new investors in order to compensate for cash burn. But with an accumulated deficit in the balance sheet of about 1 Bn € for BALLARD, PLUG POWER, and FUEL CELL ENERGY, it will be difficult to negotiate new investments. The main hope for these companies is to stay afloat while large players with deeper pockets like TOYOTA, HYUNDAI or AIR LIQUIDE help the market to ramp up. Investors with long term vision may see them as good assets considering the potential market size in 10 years.

Leading fuel cell companies are not out of financial trouble yet. But the current market hype for hydrogen may be the long-awaited leap toward scaling up the industry. Fuel cell bus fleets are taking off in Asia and Europe, fuel cell full-size vans are almost there, and hydrogen trains orders grow quickly in Europe. Let’s hope this investment trend in the hydrogen economy in 2018 and 2019 will bring enough oxygen to move the industry towards higher volumes and transform fuel cell companies into profitable businesses in the near future.